Yet I am haunted by some words from a song to which we used to listen in more carefree days :

Having propounded high ideals in a defeated Germany, I feel the responsibility of doing my part to see that they are not forgotten by the victors. 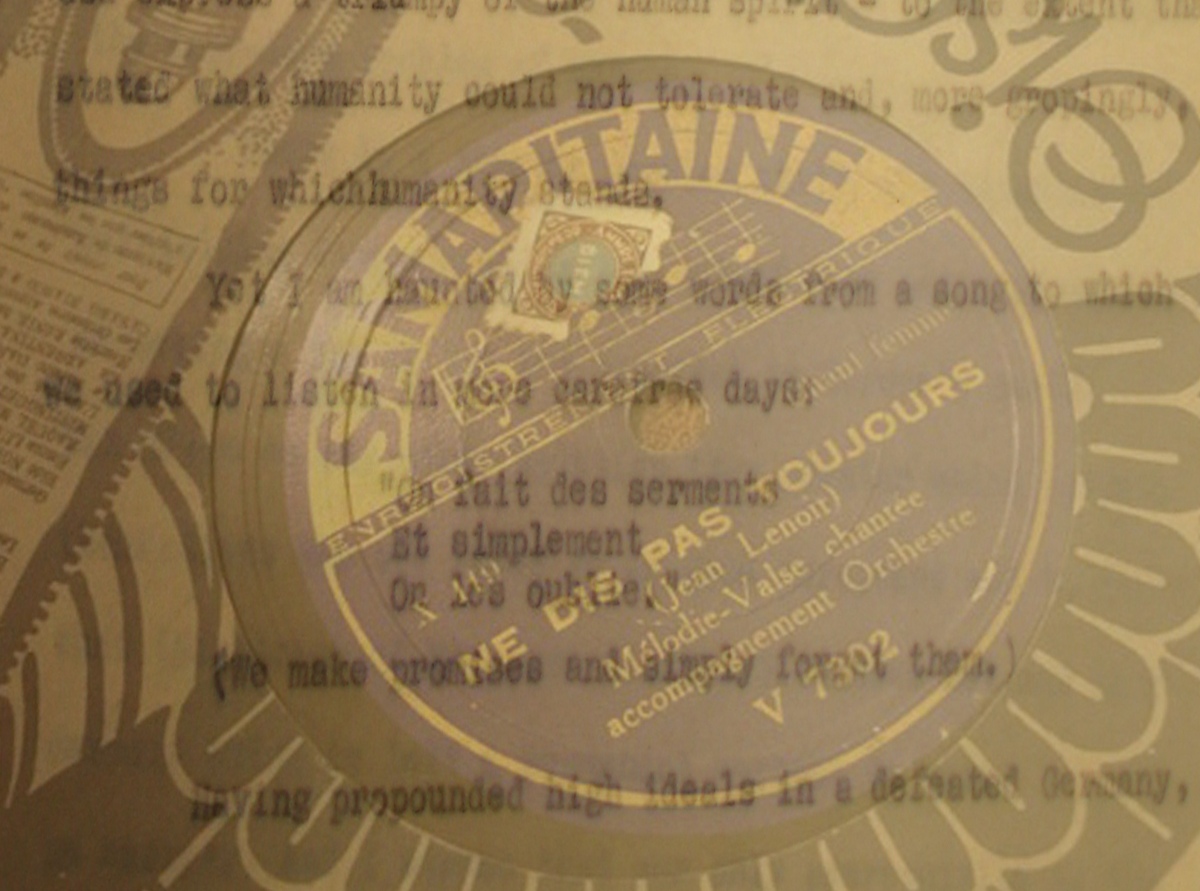 On 23rd December 1947 David Maxwell Fyfe gave a speech in Brussels to the Union Belge Britannique of his hopes for how Europe might be shaped following World War II. Excerpts from that speech follow below.

Last year on the same day we launched The Human’s in the Telling commemoration project with a presentation – Forgotten – at Bar Topolski, once the studio of Nuremberg artist Feliks Topolski. If Fyfe was haunted that the lessons of war, and the reason so many had fought were forgotten in 1947, how much more are they now hidden out of sight in the collective unconscious.

You have been good enough to ask me to speak on a subject (Reflections of The Nuremberg Trials) which, whatever its greater significance, will always remain the most interesting and fascinating experience of my own life. It adds to that interest that today I am speaking 18 months after its’ conclusion, two and a half years after I, then attorney-general, took the first steps to set it in  motion, and therefore at a time when I hope one may have gained some objectivity and ability to set it in perspective. It is interesting in this aspect to look back to the first public defence of the trial for which I was responsible, and which appeared in a magazine in Paris nearly 2 years ago…

I think that I should get general acceptance for the 4 main reasons for preferring a trial to executive action.

1. It dispelled through proof out of the mouths of the Nazis  themselves the idea that the terrible actions attributed to them were mere propaganda myths.

2. … it confronted the apologist of the future with an impenetrable barrier of truth…

3. Executive action would just have been a cover for the decision being made by ‘someone’ (that) the Nazis should be punished and put to death. In other words it would have meant that what must essentially depend on the consideration and weighing of evidence would have been done behind closed doors and without the criticism and support of public opinion….

4. It would have been an odd beginning for a world in which everyone hoped that internal and  international justice would play a greater part to have abandoned an attempt at justice on the first great question. I firmly believe that the differentiation in treatment of the various Nazis has convinced a great body of thinking Germans  that when we said we sought justice we also meant to abide by her decision…

The case for the prosecution depended in the main on captured German documents which were absolutely undisputed. The case against the defendants was made out of their own mouths… The German archives showed when, how and why each act which the prosecution said was criminal was carried out. No-one attacked the authenticity of those documents. It was impossible to create a false melodrama when a case was proved out of the admitted directives, communications and diaries. A countryman of mine once wrote :

‘Let me write the songs of a people and I care not who makes their laws.’

Except for a few of the less meritorious efforts of Baldur von Schirach few songs of the Nazis came my way. We could say, ‘let me see your secret files and I care not if your public speeches are pulped.’…

Today the clearance in Germany has almost been completed but we are still asking what must take its’ place. In the world of the atomic bomb mankind is still at the cross-roads which leads either to insanity or destruction. In one sense the Nuremberg Trial did express a triumph of the human spirit – to the extent that it stated  what humanity could not tolerate and, more gropingly, the things for which humanity stands.

Yet I am haunted by some words from a song to which we used to listen in more carefree days :

(We make promises and simply forget them.)

Having propounded high ideals in a defeated Germany, I feel the responsibility of doing my part to see that they are not forgotten by the victors. We must maintain that lying and cruelty are always wrong – utterly and everywhere. Whatever our uncertainties, that remains.

It is not fantastic to believe … that 1948, the anniversary of the European year of revolution, may prove another turning point in history, when a whole continent is given the opportunity of resolving its conflicts and moving forward to new opportunities of prosperity and freedom… We in Europe must demonstrate … our determination to rebuild a liberal, free and self-supporting economy in Europe. We have all our part to play in producing a world-wide standard of good order and good faith in commercial as well as political dealings…

Can there be any other solution than greater union between the nations who are ready to be good Europeans and to ensure that the stream of European civillisation does not end in a Germany which is left a permanent morass? We raise no barrier, and I stress that our only prerequisite is the acceptance of principles for whose absence we prosecuted the Nazis.

My final word is that I believe that the Nuremberg trial showed how many nations faced with a concrete problem could achieve success. In 1948 I believe that we shall be faced with another. I pray that its successful solution will be the recovery of the Europe to which the world owes so much.

Find out more about the event http://thehumansinthetelling.org/forgotten/

See reproductions of Fyfe’s script in December. Download your copy at http://thehumansinthetelling.org/book/