Intentionally or not, we all bring our own talents and interpretation to a telling. In performing our story as a family, singing Fyfe’s favourite poetry, adding projections of photos – both our own and from an archive, and introducing his great grandson to stand up and speak his words we have made our personal histories part of the way we tell David Maxwell Fyfe’s story. 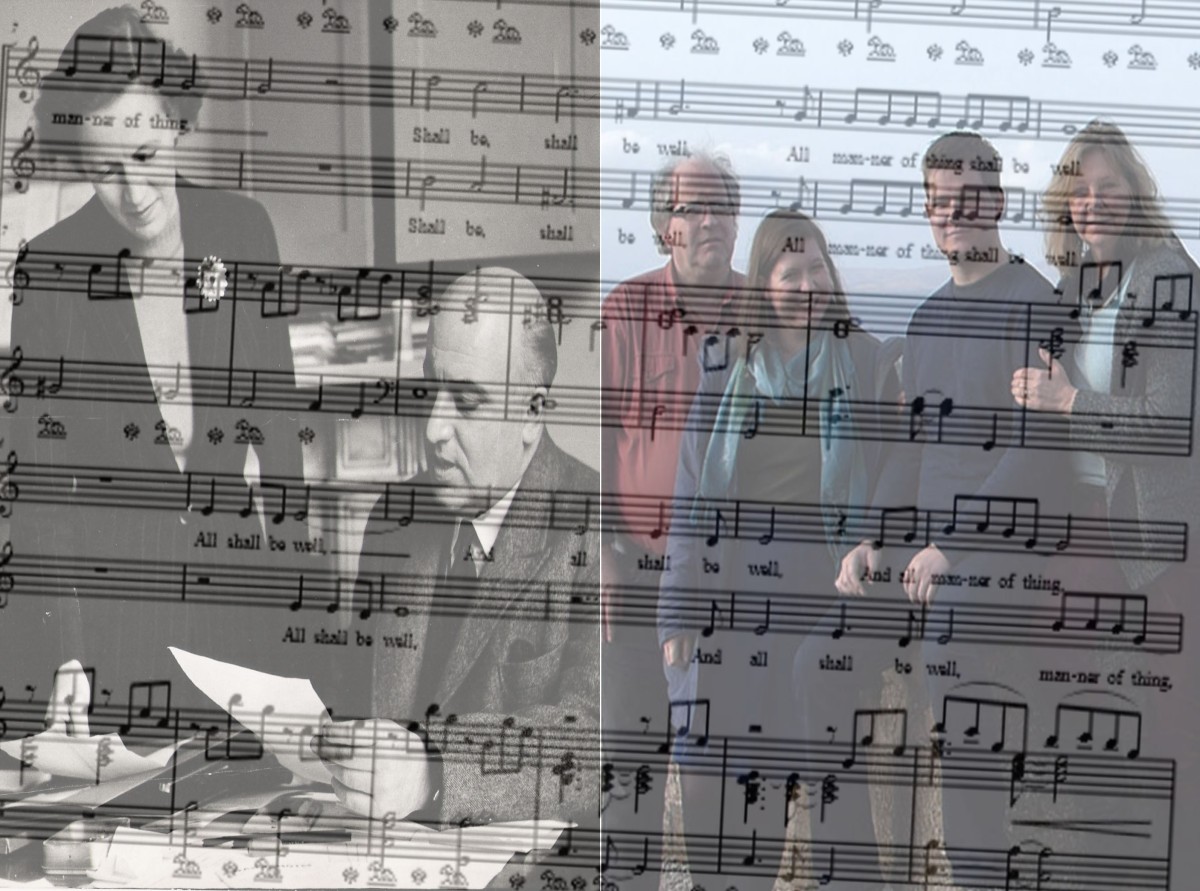 If our histories shape the person we become, how do those histories shape the individual ways we tell a story? In this companion to last week’s blog, Sue Casson explores how the histories of the newest generation of David Maxwell Fyfe’s family have defined the development of Dreams of Peace & Freedom: The Human’s in the Telling.

Our performance at St Luke’s had explored how the histories of Maxwell Fyfe shaped the man he became, centring on three separate histories that mark our difference: our educational and study history, personal and family history and the historical times in which we live, and these subtly altered our final draft of Dreams of Peace & Freedom. But if we are each the product of our little histories, how do those histories affect the way the storyteller presents a history?

For history is no straight factual account, but a series of accounts, facets to the fact. The words we use, the words of others we choose, what we leave out, where the emphasis falls – all of these are part of building a story. When we began to tell Maxwell Fyfe’s story by weaving Tom’s selection of his inspirational words, through my musical settings of poetry that had
inspired him, our shaping of his story was dictated by inclusion, exclusion and my melody.

And intentionally or not, we all bring our own talents and interpretation to a telling. In performing our story as a family, singing Fyfe’s favourite poetry, adding projections of photos – both our own and from an archive, and introducing his great grandson to stand up and speak his words we have made our personal histories part of the way we tell David Maxwell Fyfe’s story.

But other histories Tom identified that evening have also influenced the way our project has developed. The technological times in which we live have contributed immensely, for with history, even history in the making, the availability of information at the time a story is told is key. Tom began with the gift of letters exchanged during the Nuremberg Trials, and he read widely to put these into the context of events at the Trial.

Over years of research however, more source material emerged. With our trips to the north of Scotland we discovered the significance of some of the other papers amongst those letters, notably the copy of the Tack of Tain, which led to research into The Napier Commission. The evidence given at Bonar Bridge of the injustice served on Fyfe’s great uncle, given by his uncle Hugh Fraser only became readily available online in 2015 – fifteen years after the letters were discovered.

Whilst the song Fyfe quotes in his Brussels speech, ‘to which we used to listen in more carefree days’ Ne Dis Pas, Tom discovered after years of searching, uploaded to YouTube in 2016.

We have drawn on our own educational histories to embellish our
storytelling. At school Fyfe found the poetry of Rupert Brooke ‘trumped’ Wordsworth. But for Tom and me, the poet who ‘trumped’ all others was T S Eliot. We were both entranced by The Four Quartets, and I found the words of 13th century mystic Julian of Norwich which he quoted in the climax to Little Gidding so comforting, it became my private mantra whenever things were difficult.

There seemed no better way to us than setting these peaceful, hopeful words, written whilst the Second World War was still raging, to follow a statement of Fyfe’s personal credo. There was no evidence that he found the solace we did in Eliot’s Little Gidding, but to us they seemed a fitting close to a story exploring the rebuilding of Europe after its’ destruction.

When we were looking for a way of expressing Natural Law and how Maxwell Fyfe’s dedication to the idea had grown, we could find no poem to set, so gathering images from the Shakespeare he loved and the atmosphere of the Waverley storybook, I plainly imposed the voice of the storyteller, blending them with lines from John Donne (with which he may or may not have been familiar) in an unaccompanied three voice anthem, breathing Maxwell Fyfe’s romantic Celtic spirit.

Later, behind the words, in the projections that now accompany the song cycle, we introduced the landscape of his childhood that flows through his instinctive love of natural law.

As Dreams of Peace & Freedom grew to The Human’s in the Telling, Sylvia and David Maxwell Fyfe’s story became part of our family story. We have spent time together exploring and recording the places they lived, interpreting them in strings of images, until the generations have gradually intertwined to blur the lines between subject and storyteller. Our story is one of a man who championed humanity out of the embers of inhumanity. And in relating it in our own way, we have become the humans in the telling.